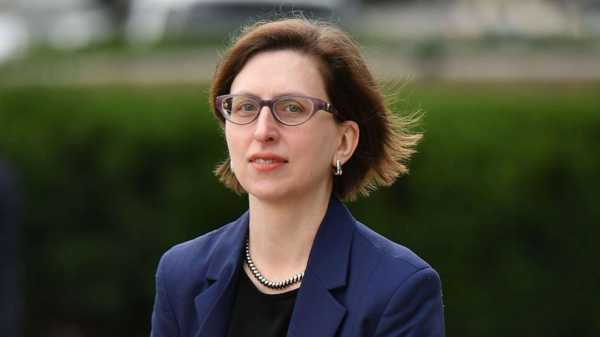 A top Pentagon official will be one of the three administration officials testifying before a House committee on Wednesday as part of an impeachment inquiry into President Donald Trump.

As the deputy assistant secretary of defense for Russia, Ukraine and Eurasia, Laura K. Cooper is involved in overseeing U.S. military assistance to Ukraine. She testified last month, behind closed doors, that the Defense Department was in the dark and staffers left confused after the White House budget office ordered a hold on nearly $400 million in military aid for Ukraine without explanation.

(MORE: Trump: Will ‘strongly consider’ Pelosi’s offer that he testify in impeachment probe)

The other two officials testifying on Wednesday are Ambassador Gordon Sondland, the U.S. Ambassador to the European Union, and David Hale, the under secretary of state for political affairs. It will be the fourth full day of public testimony before the House Permanent Select Committee on Intelligence since the House opened its impeachment inquiry into the president. 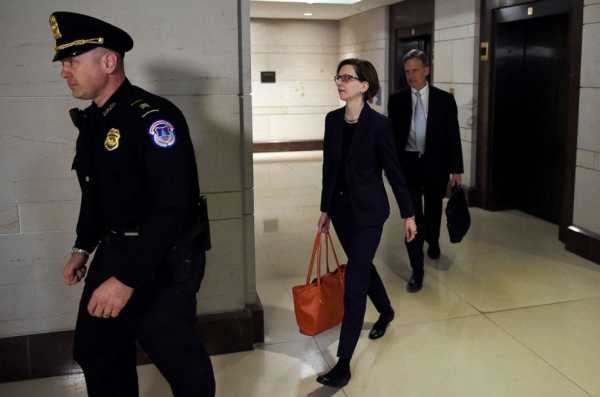 Laura Cooper, center, the Deputy Assistant Secretary of Defense for Russia, Ukraine, and Eurasia arrives for a closed-door deposition at the Capitol in Washington, D.C., Oct. 30, 2019.

Cooper joined the Defense Department in 2001, working in several policy roles before going on to serve as a principal director in the Office of the Assistant Secretary of Defense for Homeland Defense and Global Security Affairs, according to her official biography. Prior to joining the Defense Department, she worked as a policy planning officer at the State Department and as a junior fellow at the Carnegie Endowment for International Peace.

In her current role, Cooper has been a staunch advocate for U.S. military assistance to Ukraine to fend off Russian aggression.

And despite the ongoing impeachment inquiry, she has continued her work on Ukraine policy, traveling to Kyiv earlier this month to co-chair a U.S.-Ukraine defense consultation focused on the two nation’s strategic defense relationship. 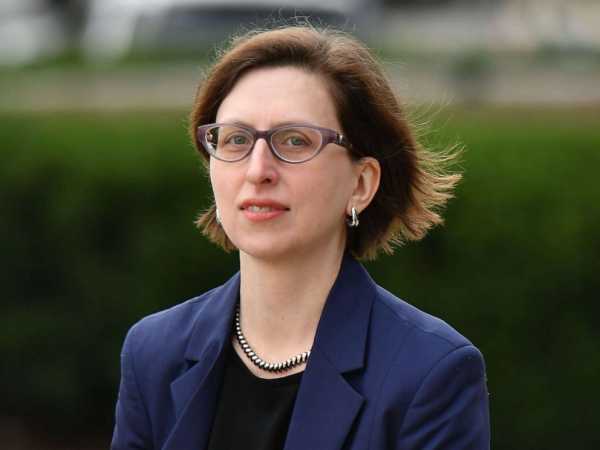 Laura Cooper, the Deputy Assistant Secretary of Defense for Russia, Ukraine, and Eurasia arrives for a closed-door deposition at the Capitol in Washington, D.C., Oct. 30, 2019.

Her closed-door deposition in late October was delayed more than five hours when House Republicans stormed the secured hearing room where her appearance was taking place.

Cooper testified, according to a transcript of the hearing, that the Defense Department had certified the financial transfer in May because Ukraine had met the necessary anti-corruption benchmarks. But by July — shortly before Trump’s July 25 phone call to Ukraine’s president — she told lawmakers that she was hearing the money was on hold because, «the president has concerns about Ukraine and Ukraine security assistance,» she said she heard from the White House budget office.

Cooper said senior aides were unclear legally how everything would «play out.»

«So the comments in the room at the deputies’ level reflected a sense that there was not an understanding of how this could legally play out,» she told Congress, according to the transcript of her closed-door interview. «And at that meeting the deputies agreed to look into the legalities and to look at what was possible.»

Cooper testified that the Pentagon believed Ukraine had addressed key corruption issues is at odds with what Trump and the White House has publicly stated suggesting it remained a serious concern.

Shortly after her testimony was released, Trump urged his supporters to read a rough transcript of his July 25 phone call, in which he asked Ukraine’s president for a «favor» and pressed for an investigation into his political rival, Democrat Joe Biden. He also pressed Ukraine to investigate a debunked conspiracy theory that corrupt Ukrainian politicians tried to interfere in the 2016 U.S. election to help sway the vote for Democrat Hillary Clinton. U.S. intelligence has blamed Russia, not Ukraine, for launching a widespread, coordinated effort in 2016 to help Trump, not Clinton.

In her testimony, Cooper spoke to the need for the military aid to combat the threat from Russia, noting that Moscow had already in 2014 tried to annex a portion of Ukraine.

She also described a conversation with former U.S. envoy to Ukraine, Kurt Volker, in which he said the military aid would be released if Ukraine was willing to make a statement, «that would somehow disavow any interference in U.S. elections and would commit to the prosecution of any individuals in election interference.»