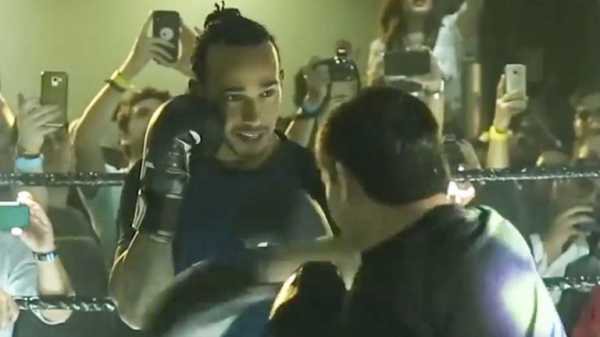 0:45 Lewis Hamilton was put through his paces in the boxing ring by multiple-time world champion Julio Cesar Chavez ahead of the Mexican Grand Prix. Contains flashing images.

Latifi gets more Williams seat time
With one Williams race drive up for grabs in 2020 ahead of Robert Kubica’s impending departure from the team, the Grove squad’s reserve driver, Nicholas Latifi, is getting the next three Practice One sessions to further show his ability.

«Nicholas Latifi joins us this weekend for the first of three consecutive FP1 sessions,» said senior race engineer Dave Robson. «This weekend he will drive Robert’s car, before taking over George [Russell]’s car in Austin. Nicholas has done an extremely good job each time he has driven the car this season and we look forward to welcoming him back and getting his impression of the latest upgrades.»

Miami GP set for end-of-October vote
F1 and Miami’s hopes of creating the first race in the Florida city are set to rest on a vote on Monday, October 28. The Miami-Dade County will meet to discuss the proposals for the Grand Prix around the Hard Rock Stadium after venue and F1 officials struck an agreement in principle for the race to take place from 2021. 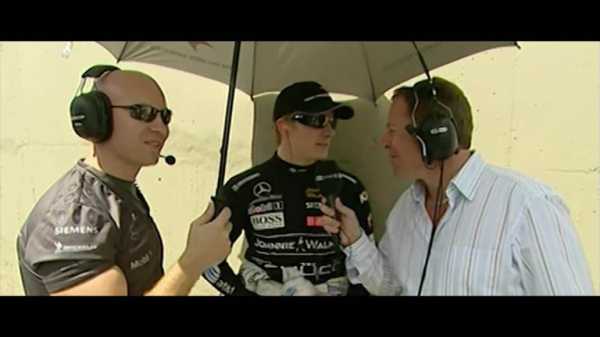 2:28 Kimi Raikkonen has turned 40 and here we celebrate some of his best and funniest on and off-track F1 moments. 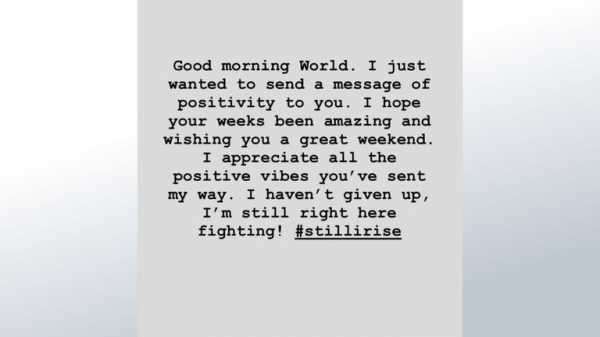 Norris reaches seven figures
Not yet 20, not yet completed a full F1 season and already followed by 1m people on Instagram? Not bad going for Lando Norris, who is just the seventh current driver to reach the landmark on that social platform.

Mercedes claimed their sixth consecutive constructors’ crown at the Japanese GP, while Hamilton looks likely to make it six driver titles this season.

«I think Mercedes had the best car the last couple of years and I do think there are other drivers that could have had a good chance of winning a championship,» said Vettel. «But it’s more than that, and it’s the combination of that.

«As much as I didn’t enjoy the years he was winning, especially the years we were fighting, you have to appreciate the combination. It’s not just Mercedes and it’s not just Lewis, it’s the combination of the two that have got to the point where they are very, very difficult to beat — very consistent, very little errors.

«That’s credit to him and credit to the team. I don’t think you can separate the two. I think it’s fair to always mention the two of them.»

No plans for more F1 Super Sundays
Although there are plans to shake-up the weekend format, F1 do not envisage qualifying and race on the same day despite the success of the Japanese GP.

Due to Typhoon Hagibis, both sessions took place on Sunday in Suzuka and many drivers praised the shorter weekend, leading to rumours that the sport may make it a full-time schedule.

But in his latest F1 column, Ross Brawn said there is likely to still be track action on Friday, Saturday and Sunday.

«It was a Super Sunday in Suzuka and that naturally reopened the debate about the shape of an F1 weekend,» Brawn, F1’s managing director for motorsport,

«This is an aspect of the sport we have focused on in some detail as we work towards the rules that will govern Formula One over the coming years.

«I’ll be honest and say that there has been strong consensus, especially among the organisers, for maintaining the three-day format of track activity, although with a different timetable.»

‘No news’ for Hulkenberg
More than a month since finding out he wasn’t staying at Renault for 2020, Nico Hulkenberg says his F1 future is still not secure.

«There’s no news, so it’s a little bit more of a patience game,» said the German driver. «So I’ll have to and see a little bit longer.»

Vettel: A lot of things to achieve at Ferrari
Sebastian Vettel has responded to Red Bull’s Helmut Marko’s claims (see further down the page) that he has «no future at Ferrari».

Speaking to the media in Japan, Vettel said: «I hope he’s wrong.

«There are still a lot of things I want to achieve here.»

«I think it’s been a huge step for us to be involved,» he said. «It’s a big step for all the drivers to be united and I think we’re building a new and better relationship with the FIA, the GPDA and the FIA communicating and I think they’ve been quite open.

«There’s lots of things that can be improved but the thing they did show us the other day is that the amount that you lose behind a car today… what their simulations say that we will lose in terms of downforce behind the new car… I think it looks great, so I’m working as hard as I can to make sure I can stay around for then and get to drive those newer cars.

«And naturally we don’t want the cars to be slower either — I think they said they’re two or three seconds off so hopefully we can push that forward but some things like weight, we don’t want the car to get heavier but it is going in that direction. But I know they’re working really hard at it.»

‘Vettel has no Ferrari future’
Sebastian Vettel has «no future at Ferrari anymore» after they «sacrificed» him at the Russian GP, according to Red Bull advisor Helmut Marko.

Vettel was leading the race after passing Charles Leclerc at the start and refusing to swap back positions, but was then kept out on his first stint to allow his team-mate to undercut him. Vettel then retired with an engine issue.

«Ferrari has managed to not win with the fastest car,» Marko told Auto Bild.

«And although he was the fastest man, they sacrificed Sebastian. He has no future at Ferrari anymore.» (Full story — external site)

Bottas looked likely to undercut Lewis Hamilton in last week’s race before being told by the team to slow down in order to give the championship leader the position back.

Because of that, Bottas finished behind Hamilton and now trails his team-mate by 65 points in the title race.

«I know it looks pretty bad for the team,» Bottas told Sky F1.

He added in the press conference:

«I am not thinking about it anymore. We always review by the finest detail and I will keep what was said between us. We have certain rules, both ways, and they are equal. I am going to make sure I won’t be in that situation again.»

Marko: Kvyat to stay at Toro Rosso
The driver who will fill the final Red Bull seat for F1 2020 will be either Alex Albon or Pierre Gasly, according to Helmut Marko — with the team advisor ruling out Daniil Kvyat.

It appears Kvyat is set to stay at Toro Rosso for another year despite his strong performances this season.

«We will make our evaluation after Mexico,» Marko told Sky F1 in Singpaore.

«Kvyat is confirmed for next year already, at least internally it’s clear. Then it’s between Gasly and Albon [for the Red Bull seat].»

What are Ferrari’s 2019 targets now?
Having conclusively got back to winning ways in F1 with three consecutive victories after the summer break, Ferrari are undoubtedly the grid’s form team — but what are their 2019 aspirations now over the final six races?

Mercedes remain large advantages in both drivers’ and constructors’ championships and only an unprecedented collapse from the world champions would seemingly let Ferrari back in, even if they keep winning.

Asked if they were chasing title glory or going race by race, Mattia Binotto said: «We are racing race by race, trying to win each single race. It’s not a matter of looking at the championship, it’s trying to do our best — first this season and then making sure we’re preparing in the proper manner for the next one.»

Why didn’t Mercedes undercut Leclerc?
And why was Bottas told to slow down? Mercedes answer some big post-Singapore questions…

But team boss Guenther Steiner is confident they will turn the situation around heading into 2020.

«My main focus is on next year’s car — to try to make it the best possible from the situation we’re in this year,» said Steiner. «I’m pretty sure we’ll get out of it because we have a good understanding.»

Ahead of this weekend’s Russian GP, Steiner confirmed the latest situation with their problematic VF19 car: «At the moment, we’re in a phase where we know what the car is doing, we’re just trying to find the better spec for each circuit — that’s why we’re doing it. We’re not experimenting with it anymore. We’re actually putting the packages on how we think it is best suited.»

Red Bull: Hulkenberg not on our radar
What next for Nico Hulkenberg? Judging by Christian Horner’s latest comments to Sky F1, the answer to that question is not going to be Red Bull.

There are only five seats left available on the F1 2020 grid and three of those are Red Bull-affiliated — but Horner says it’s «very hard to imagine» Hulkenberg being a candidate.

«Nico’s a quality driver and he deserves a seat in Formula 1,» says the Red Bull boss. «It’s a bit strange that he finds himself potentially on the benches.

«As far as Red Bull are concerned we’ve got a pool of a young talent and we don’t need to look outside of that. It would be very hard to imagine Nico being a factor in our thinking for next year.»

Horner later added to reporters: «I very much hope for him that he does find a seat because he’s better than some other drivers that are on the grid and he should be in Formula 1.»

But what about Alfa Romeo?
Antonio Giovinazzi’s place next to the evergreen Kimi Raikkonen is not yet confirmed for next season, but it appears Alfa Romeo are going to priortise helping the Italian achieve his best form more often.

«We are focused with Antonio,» said team boss Frederic Vasseur. «Antonio had a very tough weekend in Spa but a strong recovery the week after in Monza. We want to help him to develop and continue to improve. It will be time to discuss about the future but I am really focused on Antonio, that I think he is doing step-by-step a good job.»

Sky Sports F1 is the home of live and exclusive F1. Find out more here to watch the 2019 season live