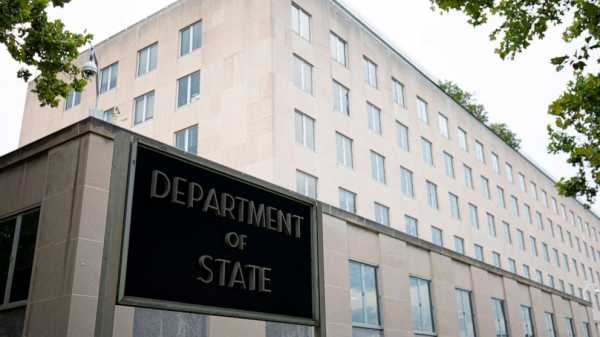 Senior State Department officials appointed by President Donald Trump retaliated against a career employee because of her perceived national origin and political views based off allegations in a conservative media article, according to a report by the department’s Office of Inspector General.

It’s a pattern of behavior that echoes what happened to Marie Yovanovitch, the former U.S. ambassador to Ukraine whose recall is part of the House impeachment inquiry.

The State Department IG began investigating five cases of career employees allegedly being penalized by Trump’s appointees, after another review published in August found career employees were being harassed, mistreated and retaliated against in one of the department’s bureaus. 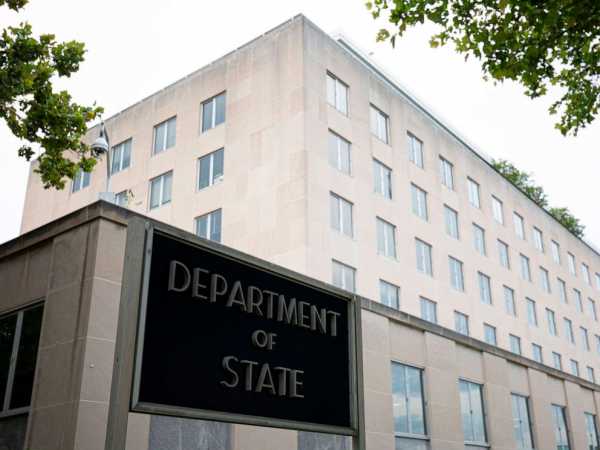 The US Department of State building is seen in Washington, DC, on July 22, 2019.

In a new report published Thursday, the IG found there was no evidence that «impermissible factors influenced the personnel decisions» in two cases. But they were blocked from «essential information from key decision makers» and couldn’t make a determination in two other cases. In the last one, they found the individual was removed from her position because of «perceived political views, association with former administrations, and perceived national origin» — all of which are against department rules.

The report recommends added training for all political appointees about prohibited personnel practices and suggests possible disciplinary action be taken against senior officials, such as Brian Hook, who now serves as a senior adviser to Secretary of State Mike Pompeo and a special envoy to Iran.

Despite those findings and detailed evidence laid out in the report, the State Department told the IG it «disagrees with the finding in the report that improper considerations played a role in the early termination of Employee One’s detail» and will not discipline Hook.

«Employee One» is Sahar Nowrouzzadeh, as confirmed by ABC News, a career civil servant removed early from her high-level position on the department’s Policy Planning staff after officials said she was born in Iran and was an «Obama/Clinton loyalist» that «did not belong» in her position, according to the report. In particular, an article from the online outlet Conservative Review that maligned Nowrouzzadeh was sent around on four separate email chains, including one forwarded by former Speaker of the House Newt Gingrich to Margaret Peterlin, chief of staff to then-Secretary of State Rex Tillerson.

Nowrouzzadeh was born in Connecticut and had worked for the U.S. since the George W. Bush administration in 2005. She started at the State Department in 2012, according to the IG, and was detailed to President Barack Obama’s National Security Council, where she helped work on the negotiations and messaging around the Iran nuclear deal. After that, she returned to State and was spending a year on Policy Planning, the department’s in-house think tank that develops foreign policy ideas, when her time was cut short by three months. 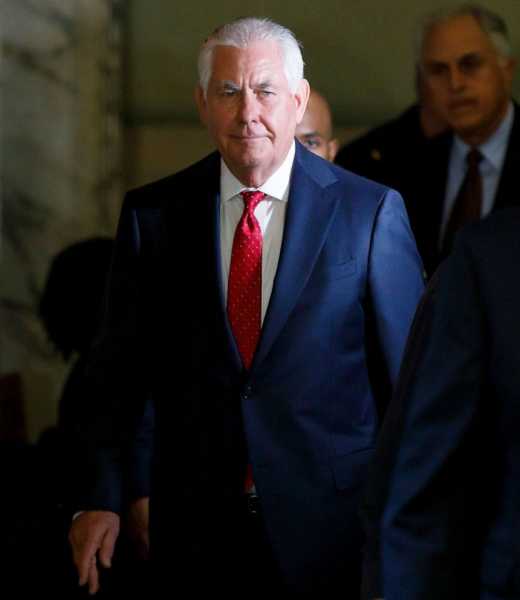 Email chains with the Conservative Review article were forwarded by Julia Haller, the department’s White House liaison, and Matthew Mowers, a senior adviser to the secretary. Hook, who was then the new head of Policy Planning (S/P) and called it «helpful» in two separate email chains, according to the report.

«As background, she worked on the Iran Deal, specifically works on Iran within S/P, was born in Iran and upon my understanding cried when the President won,» Haller wrote to colleagues on March 14, 2017.

Nowrouzzadeh herself sent the article to Hook, identifying what she called «misinformation» in it and expressed concern for her physical safety. Hook never responded to the email, but they later met in person. Hook told the IG he told her it was a «fairly standard» attack and she should ignore it.

But, according to the report, it was at least partially the grounds for the administration’s decision to remove Nowrouzzadeh, because conversations around terminating her «addressed only [her] perceived political beliefs and perceived place of birth.»

Hook told the IG that Mowers and Tillerson’s deputy chief of staff Christine Ciccone, who had also circulated the article, told him Nowrouzzadeh «did not belong» in her role, without specifying why. Ciccone denied that was true, while Mowers told the IG he couldn’t recall a conversation.

Hook’s deputy Edward Lacey, a career employee who seemed like he was trying to ingratiate himself with Hook by blasting «Obama/Clinton loyalists» on the Policy Planning staff, emailed Hook on April 6, saying Mowers told him to begin the process of removing Nowrouzzadeh. «Yes I agree,» Hook replied.

At least one Trump official defended the criticism of Nowrouzzadeh, as Haller told the IG that her perceived nationality could raise questions of «conflict of interest» or make her ineligible for a security clearance, even though she already had one.

Over three interviews and a follow-up statement, Hook’s reasons for Nowrouzzadeh’s removal shifted, with the IG dismissing them as «a post-hoc justification.»

He told the IG that Nowrouzzadeh wasn’t a «go-getter,» but the report said she had «a history of strong performance appraisals,» including in 2017 when Hook was her boss. Hook never raised specific issues with her political beliefs or perceived national origins, but the IG said he didn’t dispute others’ comments either. 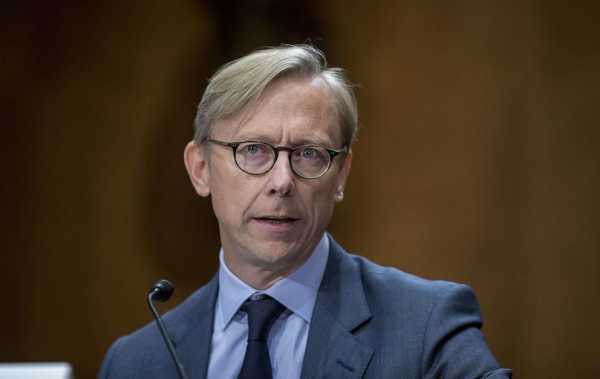 One explanation initially given, including to Nowrouzzadeh by Lacey, is that Hook was about to bring his own Iran policy expert in from outside the department, so Nowrouzzadeh could return to the department’s Bureau of Near Eastern Affairs. But the person — J. Matthew McInnis — told the IG that he did not have contact with Hook until late April, and they did not specifically talk about a job until June or July. McInnis didn’t start at the department until September, five months after Nowrouzzadeh was removed.

In a letter last month, Hook said the individual wasn’t McInnis, but an unnamed third person. But the IG investigated and found emails from Hook to Mowers that said the individual would be «my Saudi guy,» not the Iran specialist, as well as emails that showed he had soured on the person by April 6 — the day before agreeing to remove Nowrouzzadeh.

Hook also pointed to articles written by Nowrouzzadeh, who had been on an unpaid leave of absence while pursuing a PhD at Harvard University, in October and December 2017 after her removal that criticized the Trump administration’s Iran policy, saying it was evidence she could not have completed her job. But the IG said the articles were irrelevant to the department’s mindset when they removed her or to her mindset or ability to carry out the job at the time.

«The Secretary of State should consider whether disciplinary action is appropriate for any Department employee who failed to comply with [the Foreign Affairs Manual] provisions regarding the use of non-merit factors in personnel decisions,» the IG concluded.

But State Department Counselor Ulrich Brechbuhl, a longtime friend of Pompeo who’s ignored the House’s call to testify in the impeachment probe, wrote the IG Wednesday saying the department will not penalize Hook. Brechbul defended Hook’s «assertion that he decided to reshape his team and bring in his own Middle East expert» and praised his «professional leadership and behavior.»

There is an ongoing probe into the same allegations by the Office of Special Counsel, which investigates prohibited personnel practices in the executive branch and will refer any criminal violations to the proper legal authority.

“It is my hope that the Inspector General’s findings pertaining to my case help prompt action that will guard against any further such misconduct by members of this or any future administration,» Nowrouzzadeh said in a statement. «I continue to strongly encourage Americans of all backgrounds, including those of Iranian heritage, to consider public service to our nation and to not be discouraged by these findings.»