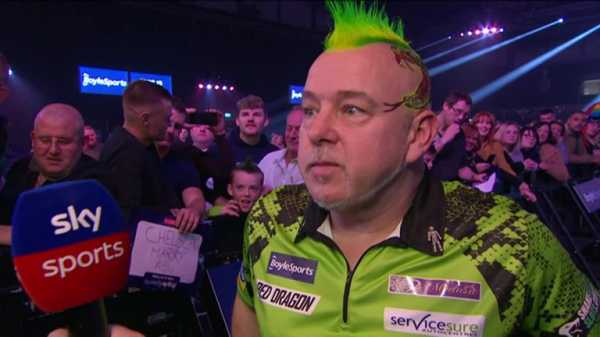 Chizzy and Snakebite hitting form at the right time

I’m a real fan of both of these players. It should be a cracker. I can’t see how one of them will be off-form enough to be dominated by the other. They both play completely and utterly different games.

Dave could be out of a leg and then hits 180! With people like that, you cannot relax.

Maybe last year, the year before and certainly years prior to that, if Dave wasn’t on his A-game, he would get beaten. But he’s now winning these games.

Everything is going right for him. I think it’s a really hard game to call.

Duzza keeps on getting the job done

I said it during the Grand Prix that Durrant has this ability to dig himself out of holes. He did it in Dublin and he’s doing it again in Wolverhampton.

The reigning BDO world champ is very good at it when he’s slightly off, when his A-game has deserted him. He’s very good at just hanging around, and I’m not saying relying on people missing, but if they miss, he clears up. How he beat Gabriel Clemens on Wednesday, I don’t know. 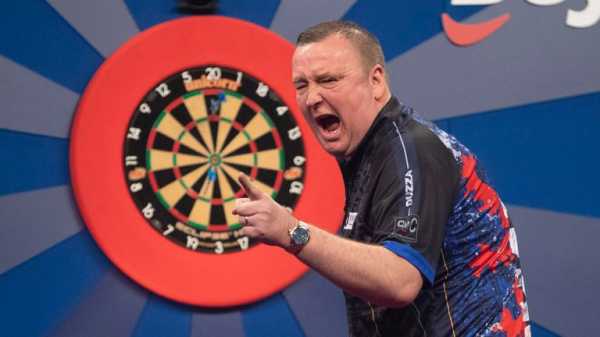 Of all the players who played brilliantly on Wednesday, he played the best under the most extreme pressure. He was just popping those combination finishes, like he was in front and he had no concern in the world. To do that is some trait.

This is a way longer format than the group stages. You can get over it, you can get away with it for a time. However, first to 16, best of 31? I’m not sure. Not against the likes of Smith, who will punish him.

I don’t think Duzza is playing particularly well right now, but that is testament to how good his B-game is.

Glen has got composure, and that’s why he’s a three-time world champ.

But he needs to up his game. I can’t see him getting away with it again. I really can’t.

Coverage of the Grand Slam of Darts continues with the first two quarter-finals on Sky Sports Action & Main Event from 7pm on Friday night.