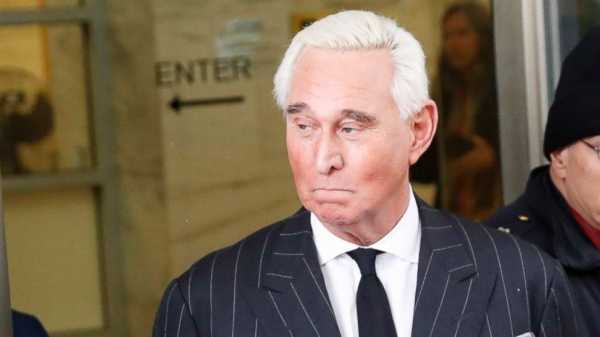 On Jan. 25 in a pre-dawn raid FBI agents, at special counsel Robert Mueller’s direction, swarmed the Florida home of President Donald Trump’s longtime friend and veteran political operative Roger Stone. Stone was arrested on a seven-count indictment in connection with Mueller’s probe into possible collusion between the Trump campaign and Russian meddling in the 2016 U.S. presidential election. 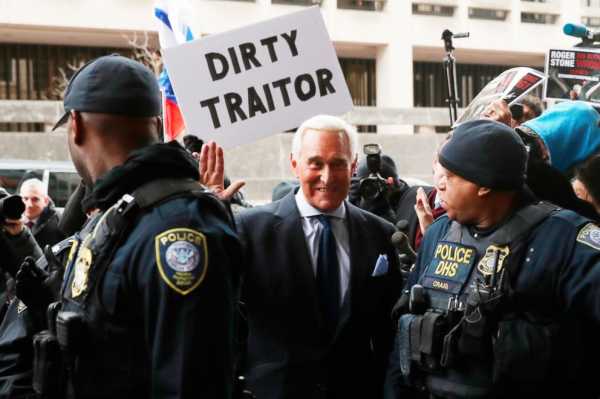 The Accused: A friend of President Trump’s since the late 1970s, Stone, who has taken credit for persuading Trump to get into politics, served as an adviser to Trump’s presidential campaign but left amid controversy in 2015.

The youngest person to testify in the Senate Watergate hearings at the age of 20, Stone — who is known for — among other things — a tattoo of Nixon’s face on his back — was profiled in a 2016 Netflix documentary, «Get Me Roger Stone,» which focused on his eccentric political career and painted him as the original architect of Trump’s political career.

In addition to his decades-long friendship with Trump, Stone worked as a GOP political operative for Presidents Nixon and Ronald Reagan. He partnered with embattled former Trump campaign chairman Paul Manafort at the political consulting firm Black, Manafort, Stone and Kelly throughout the 1980s.

The Formal Charges: The seven counts against Stone include one count of obstruction of an official proceeding, five counts of false statements — including lying to Congress — and one count of witness tampering in special counsel Robert Mueller’s probe into possible collusion between Russia and the Trump campaign during the 2016 presidential election.

The charges brought by Mueller’s office largely revolve around false statements Stone is accused of making to the House Intelligence Committee regarding his communications with associates about Wikileaks. He also stands accused of witness tampering in connection with humorist and radio show host Randy Credico’s testimony to the House Intelligence Committee. In Stone’s 24-page indictment, Mueller painted perhaps the clearest picture yet of possible collusion between the Trump campaign and Russia.

The Alleged Crime: The special counsel’s indictment comes amid scrutiny about the self-described “dirty trickster” and his alleged contact with WikiLeaks publisher Julian Assange in the summer of 2016. Stone has told ABC News multiple times that he had never met or spoken with Assange and had no intermediary providing a back channel to communicate with the controversial Wikileaks founder. The special counsel describes Stone as a conduit between the campaign and Wikileaks, which disseminated internal Democratic National Committee emails in the summer of 2016. Mueller has accused 12 Russian intelligence officers of hacking those emails, and it’s the consensus of the U.S. intelligence community that those Russians «relayed material it acquired from the DNC and senior Democratic officials to WikiLeaks.»

An unidentified «senior Trump campaign official was directed to contact Stone about any additional releases and what other damaging information [Wikileaks] had regarding the Clinton Campaign,» the special counsel’s office wrote in its indictment of Stone. «Stone thereafter told the Trump Campaign about potential future releases of damaging material by [Wikileaks].»

Mueller’s indictment stops short of accusing Trump, or anyone in his campaign, of colluding with the Russians or of having foreknowledge of the content of stolen documents prior to publication.

The Response: During his arraignment in federal court in Washington, D.C., on Jan. 29, Stone entered a plea of not guilty. He was convicted of all counts on Nov. 15 and faces up to 50 years in prison, although sentencing guidelines will likely be lower.