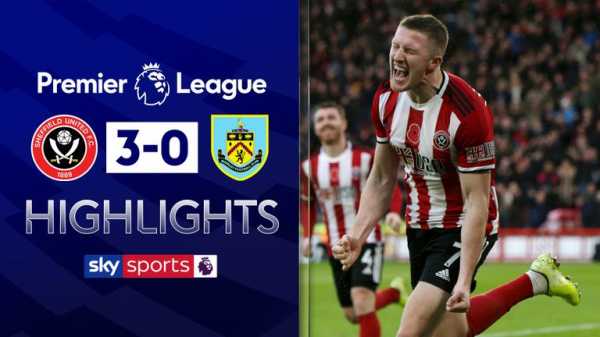 The talent was always there in Wilder’s eyes. This was, as he put it, «a good kid who just needed a break». A meeting between the pair towards the end of last season provided the impetus but Lundstram himself has wrestled back his Sheffield United career with the sort of drive he has displayed since he was cut adrift at Everton as a youngster.

«I thought maybe my time here was coming to an end but the gaffer obviously had faith in me. When he told me he wanted me to stay and had a part for me, it gave me a massive confidence boost to go away over the summer and repay him.»

Lundstram credits United’s coaching and conditioning team for the bespoke daily plan they devised, with targets he could track on an iPad «so there was no cutting corners». The sessions, focused on power sessions, leg weights and upper body strength, were «a lot more intense» but he went further, working with a Dubai-based personal trainer because «I wanted a prove a point that I was ready». That meant extra gym sessions, more running work in 40-degree heat, and time spent boxing too. «I think that helped a lot, the boxing. It kept things fresh, didn’t put too much strain on my legs.» 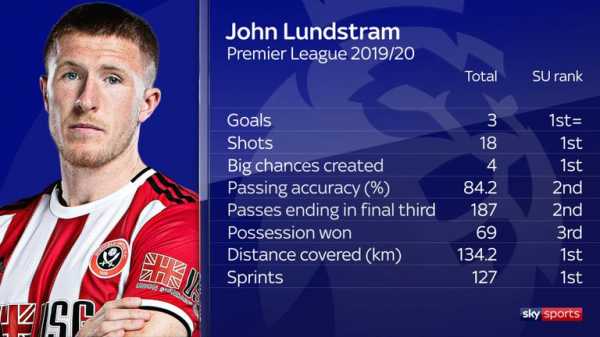 Were the staff surprised when he reported back to the club’s Shirecliffe training ground? He hopes so, thinking back, but the important thing now is that he feels «fitter than ever». It is certainly showing: he has so far covered more kilometres (134.2) than any other Sheffield United player in the Premier League so far and has made more sprints (127) than anyone else, according to Opta’s running data.

He is putting in the yards but thriving in a modified system honed throughout pre-season, operating alongside John Fleck and Oliver Norwood in a midfield three following the departure of Mark Duffy and the sacrifice of last season’s 3-4-1-2 formation. Flatter out of possession, the extra body is designed to help block passing lines and snuff out the counter-attack as Wilfried Zaha, for one, will attest but when his team-mates have the ball, Lundstram has licence to get forward. 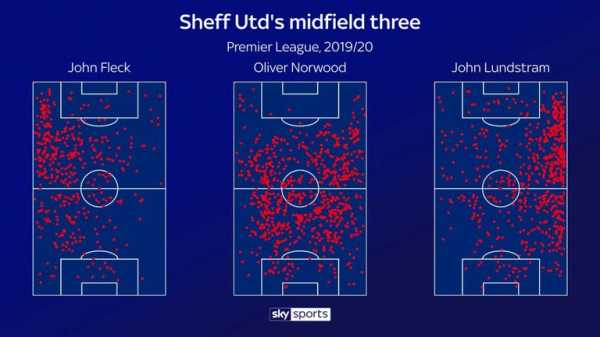 «It’s about solidarity really. We know we’re not going to have as much of the ball in the Premier League so I can help bring that. But they also want me to get into the box in an attacking sense at the same time and get goals.

«We do a lot of work on the shape — drills focused on getting the ball wide, (Chris) Basham and George (Baldock) overlapping, creating the overloads, getting the triangles right. We work on the movement of the strikers and when the ball’s on the left side, me getting in the box. I want to keep getting into those positions, adding goals and assists.»

He believes the set-up suits his style — athletic, robust, technically proficient with both feet — and the tactical tweak has been vindicated so far. That name — his great-grandfather was Norwegian — prompted mutterings when it appeared on the teamsheet at Bournemouth on the opening weekend but in the opening minute he had intercepted a loose ball and carved an opening without breaking stride. Three months later, he is the club’s joint top-scorer, has created more big chances than any other team-mate and has helped stiffen a Blades defence that has conceded only nine goals. 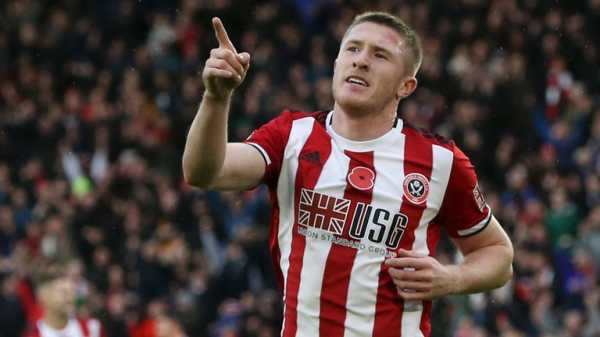 There is a sense of purpose now, a feeling of belonging, a clear understanding of what he is being asked to do and be.

While there were areas of his game to work on — looseness in possession, a propensity to play safe — he suffered for what he wasn’t, the deep-lying playmaker that Paul Coutts emphatically was. United went top of the Championship on the night Coutts broke his leg but they would finish 10th in that first season back, Lundstram tarnished by association. Norwood would soon arrive, promotion eventually followed and a crunching tackle on Aston Villa’s Jack Grealish only briefly elevated the status of a player increasingly cast as scapegoat.

«It was massive shoes for me to fill at a young age,» he says with a sigh but no hint of bitterness. «Couttsy was a massive fan favourite, an unbelievable player. It was tough but hopefully I’ve grown as a player and as a person. I feel I’m coming into my prime now.» 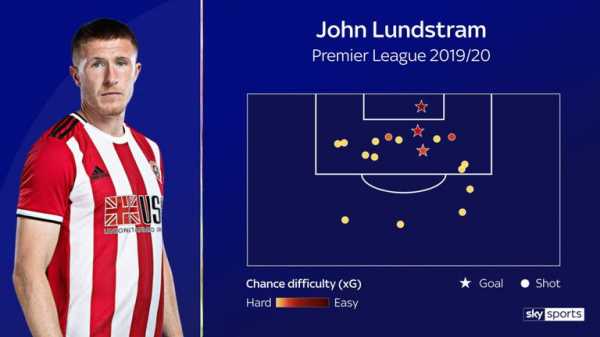 He is, at 25, and it is easy to forget that he was signed in a £700,000 deal in 2017 for his potential until circumstance intervened. «We believe we can develop him — he’s one for the long-term,» assistant boss Alan Knill said at the time. Knill, whom Lundstram describes as the «backbone» of a tight-knit staff, has provided emotional support when he has needed it most. «(Alan’s) been massive for me. Last year he was always the one saying, ‘Keep going’. He’s always been there for me, putting an arm around me and telling me to keep going when times have been tough.»

Like many of his team-mates, setbacks along the way have hardened him. Leaving Everton hurt — he idolised Thomas Gravesen growing up, despite being a boyhood Liverpool fan — but he had grown tired of being shunted from loan to loan. There was a successful spell at Doncaster, a frustrating one at Yeovil — «it wasn’t the right club because we never had the ball,» he once told The Guardian — and stints at Leyton Orient, Blackpool, Scunthorpe before he took charge and found a permanent home at Oxford United, where he could start again.

The journey has fuelled him. «It’s given me the drive to get back up, to make my family proud and prove people wrong. That’s always been in the back of my mind when I’ve had knock-backs. I always knew I could play at the top level; I’ve always believed I would get there one day.» 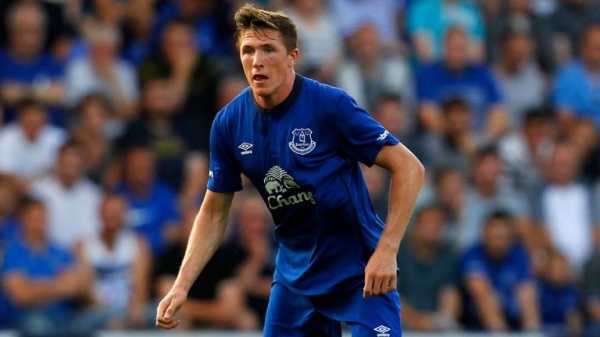 It is about consistency now; the sort he hopes might mean he is one day reunited with Harry Kane in the senior England squad, having started alongside him at the U20 World Cup back in 2013. Does it give him encouragement to see Gareth Southgate at Bramall Lane, watching the likes of Dean Henderson and Jack O’Connell? «Of course. Hopefully, if I keep playing well, he’ll be watching me and it might happen one day.»

A new contract is on the agenda in the meantime. «It would be great,» he says. «When I spoke to the manager, I said it was all I wanted, to stay and play for this club.» Personal reward that seemed unlikely now feels deserved but what is the collective capable of this campaign? «It’s still really early days but I think week by week you can see the confidence growing. When we’re playing the way we are you just don’t know where it might take us but we all just want to make sure we stay in this league.»

The next challenge is Manchester United, the Blades seeking a third successive home win, and Lundstram’s phone will be going again in the run-up to a sell-out fixture that has, he agrees, extra spice «for a Scouser». «The rivalry has always been there. We’ll be up for it. It’s one I really can’t wait for.»

He was on the outside, looking in on success, but he is integral to it right now.