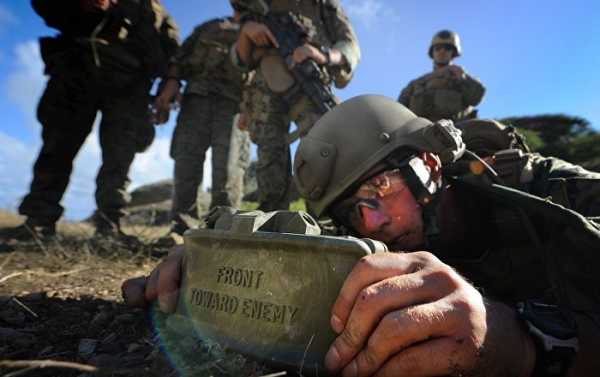 WASHINGTON (Sputnik) – US soldiers may one day detect buried explosive by first dispersing modified bacteria in a suspect area and observing the ground with drones using a dual-microbe system, Raytheon disclosed in a press release on Tuesday.

Remote cameras or unmanned aerial vehicles can then be used to survey large areas for the telltale luminescence, the release added.

Using biosensors underground could help save lives as well as to detect threats to air quality and the water supply, Taggart added.

The difficulty involved in detecting buried improvised explosive devices (IEDs) makes them some of the deadliest weapons targeting service members of US and partner nations in counterterror operations.